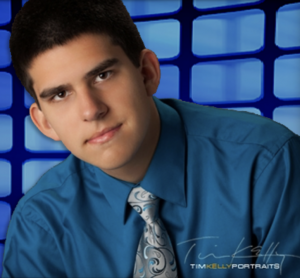 Will Benner graduated from University of Florida with a bachelor’s degree in Telecommunications, specializing in sports broadcasting. During his first few years at UF, Will covered local news for WUFT, before shifting his focus exclusively to sports. Will also wrote for ESPN Gainesville and did play-by-play / color-commentary for the Gators football team, as well as some local high school football and basketball games through The Prep Zone.

In his final year at UF, Will became Beat Reporter for the University of Florida Men’s Basketball team, where he filmed games, press conferences, and practices. During this season the team advanced to the Elite 8 – an event that was held at the legendary Madison Square Garden, where Will traveled to New York and served as the main reporter.

It is clear that Will’s true passion is the game of basketball – surrounding himself within the world of basketball at every chance he gets. After playing basketball from middle-school through varsity high school, Will knew that he wanted to spread his passion for the game to others through coaching.

Will’s first coaching job was a 3rd/4th grade team during volunteer hours at the local YMCA. Since then, Will has expanded his coaching experience, by working for The National Basketball Academy (TNBA) division in Orlando, as one of their youth basketball summer camp coaches. Since TNBA runs the Orlando Magic Youth Basketball Program, these camps were actually The Orlando Magic Basketball Camps.

After graduating from UF in 2017, Will moved back to the Orlando area, and became heavily involved with TNBA. While still doing the camps, Will coached in their recreation leagues before moving on to coaching multiple teams in their AAU program, TNBA South.

Will is presently in his second season as the Associate Head Coach for the Lake Mary High School Varsity basketball team, which is where he attended high school.